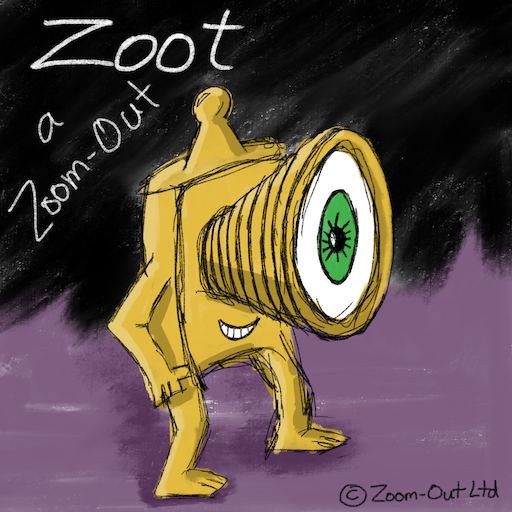 Zin and Zoot are our friends from Planet Zoom. Or put another way, visual metaphors with anthropomorphic features that represent our Zoom-In and Zoom-Out abilities.

If you were to take an analogue camera, a couple of humans and an alien from the farthest reaches of the universe, place them into a quantum splicing machine (available now at all good stores), you might just end up with something resembling these guys.

They started as hand sketched on flip charts as wireframe characters in 2015. It was pointed out to me sometime later that Zin was reminiscent of a certain part of the male anatomy. A few design iterations later and our friends have evolved.

Today I can unveil the new look for the characters: